I watched the news this morning before my daily walk with my Black Lab, Dexter.  When the clip came on I spit my coffee out.

Today begins the rape trial for the St. Paul School graduate of the class of 2014.  This Harvard bound student has been accused of luring and repeatedly raping a Freshman girl, a fifteen-year-old child. Owen Labrie of Tunbridge, Vermont allegedly sexually assaulted this young girl only days before he graduated.

And do you want to know why?

He was participating and vying to win a school tradition called the “Senior Salute.”  It’s a sexual conquest in which graduating young men set out to have sex with as many girls as possible prior to their graduation.  They refer to this as “scoring.”

These young men use school walls as their canvas, and their medium is a marker.  They must keep the girl’s names documented.  That is how the boys keep “score,” of course.  The more marker, the better chance of winning!

This tally seems like a good idea.  Credit them for each and every child that they “conquer!”  It is important to keep track of each notch on their belts.  Right?

And the school just keeps painting over those walls.

If you read my post “MEAN-ing”, you will see a remarkable correlation between permanent marker, school walls, and fresh paint.

Tuition, room and board at St. John’s School costs over $50,000.00. It is one of our country’s most prestigious schools. Our Secretary of State, John Kerry attended as did some other congressmen, Pulitzer Prize winners, and other illustrious figures.

Sexual abuse does not differentiate.  It doesn’t matter whether it occurs in the most prestigious institutions or under a bridge in Chelsea.  It happens.  All the time.  There is too much silence around it.

And there is always a tin of paint to solve the problem. 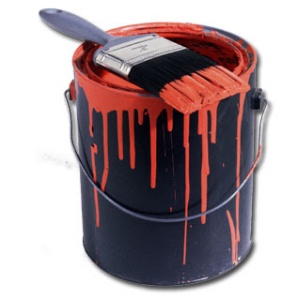 God bless this girl who has had the courage to come forward and out these young men for their conquests.  Imagine her incredible strength and conviction.

The heartbreaking part is that she may need to take the stand.  They will question her. They may cross-examine her. They may doubt her.  They may challenge her truth. And she may not be believed.

And that my friends is criminal in itself.

He has not been found guilty.  I am making assumptions that he is guilty.  Maybe he is not.

But that is just one woman’s opinion.

These conquests such as the “Senior Salute” are abhorrent.  And they are in keeping with the theme of sexual abuse.  It’s ego based. These perpetrators are on a quest for power and dominance.

And nobody is going to stop them.

Except brave girls. And all of us listening.  ALL THE TIME.